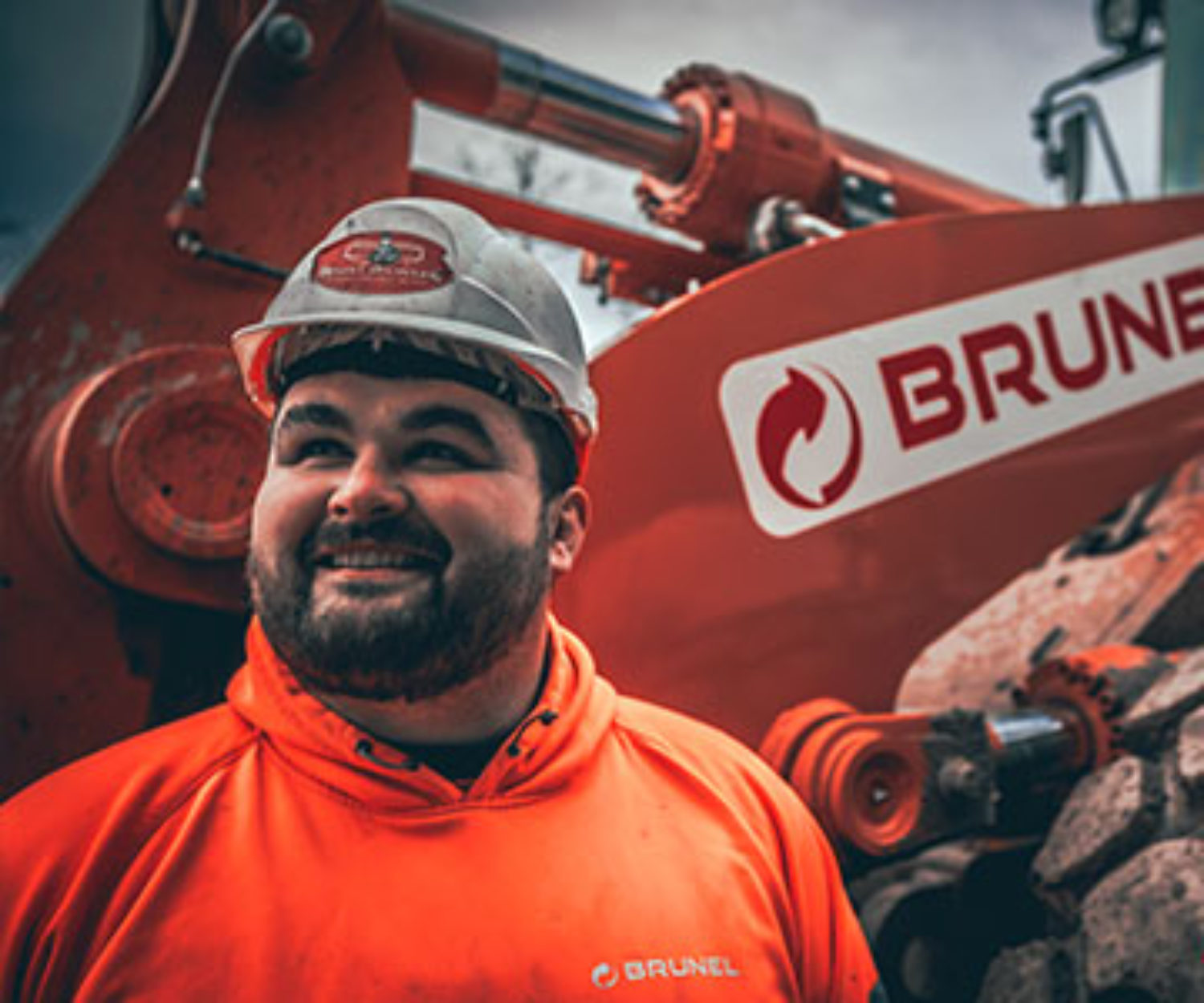 After his rugby career was cut short following a nasty injury, we were delighted to help former Plymouth Albion star Luke Chapman.

As the main sponsor for the last four seasons, our connection to the city’s premier rugby club is well known. We are, however, equally proud of the work behind the scenes where the support is something of a two-way street.

A few of the players have combined their rugby commitments with casual employment at Brunel over the years, but following a tough knock, this took a change for one player.

Originally employed as a groundsman, Luke Chapman combined his position as Albion’s 1st team Prop with an informal role on the main yard. This all changed following a badly ruptured Achilles tendon and his focus turned to his future at Brunel.

Seeing the loss of direction, Brian Venables stepped in and put together a progression pathway for the 24-year-old.

In just over two years since his arrival on-site, things have gone from strength to strength and he is now on his second promotion as our site foreman. Indeed, Brian recently explained how important Luke is to the overall running of the business. Take a look at the video to find out more.

This website uses cookies to improve your experience while you navigate through the website. Out of these, the cookies that are categorized as necessary are stored on your browser as they are essential for the working of basic functionalities of the website. We also use third-party cookies that help us analyze and understand how you use this website. These cookies will be stored in your browser only with your consent. You also have the option to opt-out of these cookies. But opting out of some of these cookies may affect your browsing experience.
Necessary Always Enabled
Necessary cookies are absolutely essential for the website to function properly. This category only includes cookies that ensures basic functionalities and security features of the website. These cookies do not store any personal information.
Non-necessary
Any cookies that may not be particularly necessary for the website to function and is used specifically to collect user personal data via analytics, ads, other embedded contents are termed as non-necessary cookies. It is mandatory to procure user consent prior to running these cookies on your website.
SAVE & ACCEPT